Takht-e Soleyman is one of these names on the WH List that mean nothing unless you’ve been there. Takht-e Soleyman, also known as Azar Goshnasp, is an archaeological site in West Azarbaijan, Iran. It lies midway between Urmia and Hamadan, very near the present-day town of Takab, and 400 km (250 mi) west of Tehran.

The archaeological site of Takht-e Soleyman, in north-western Iran, is situated in a valley set in a volcanic mountain region. The site includes the principal Zoroastrian sanctuary partly rebuilt in the Ilkhanid (Mongol) period (13th century) as well as a temple of the Sasanian period (6th and 7th centuries) dedicated to Anahita. The site has important symbolic significance. The designs of the fire temple, the palace and the general layout have strongly influenced the development of Islamic architecture.

The site itself is the centre of several groups of ruins of almost simultaneous occupation, each of which was in some way devoted to Zoroastrian worship. In addition to Takht-e Soleymān and adjacent relics, these include Zendān-e Soleymān (“Solomon’s Prison”) and Kūh-e Belqeys (“Mount Bilqīs”; Bilqīs was the name for the Queen of Sheba in the Islamic tradition).

The ruins at Takht-e Soleymān were established in a geologically anomalous location. The base of the temple complex sits on an oval mound roughly 1,150 by 1,800 feet (350 by 550 metres) that was formed by the outflow of a deep artesian spring, the waters of which collect in a large lake at the southern half of the hill and have heavy concentrations of dissolved calcium. The resultant limestone formation, created by the residue of the periodic inundation of the spring, rises to about 200 feet (60 metres) above the surrounding countryside. Since early times, residents of the area have created canals to channel the overflow as well as provide irrigation for surrounding fields, which, as a result, are especially fertile. The lake itself is roughly 260 by 400 feet (80 by 120 metres), and its overall depth averages about 230 feet (70 metres) but drops to about 400 feet (120 metres) at its deepest.

The area surrounding Takht-e Soleymān was probably first inhabited sometime in the 1st millennium BCE. Some construction on the mound itself dates from the early Achaemenian dynasty (559–330 BCE), and there are traces of settlement activity from the Parthian period. At some point during its occupation—probably sometime during the Sāsānian dynasty—a thick wall of mud brick, interspersed with semicircular bastions, was constructed around the entire perimeter of the mound. Gates are located on the north, south, and southeast sections of the wall.

The site did not gain its great religious significance until the early Sāsānian period when Takht-e Soleymān—then known as Shīz—was established as a Zoroastrian religious sanctuary (in all likelihood having replaced nearby Zendān-e Soleymān as an earlier centre of cult activity) in the early to mid-5th century CE. From that time the fire altar Ādur Gushnasp—one of the three great Zoroastrian fire altars—was moved from the Atropotene capital Gazaca (Ganzak; perhaps modern Tabrīz, Iran). The large, multiroomed temple housing the altar is the central building of the Takht-e Soleymān temple complex, and it is located just inside the complex’s northern gate. Like the other buildings at Takht-e Soleymān, the fire temple was originally constructed of mud brick (although foundations were generally of rough stone), but large sections of the complex, including the fire temple itself, were rebuilt of stone and fired bricks in subsequent centuries. The fire temple is flanked on either side (east and west) by two other cultic structures. To the west, on the other side of a long central hallway, a second fire temple may have served as a personal place of worship for the royal family. Situated to the east of the main fire temple was the temple of the goddess Anahiti, who had particular importance to the royal house and the warrior class—both of which were served by the local fire altar.

It went on until the 13th century when Abagha Khan, the second Mongol ruler of the Persian Ilkhanid, gave new life to Takht-e Soleyman by doing extensive repairs and construction of new buildings. They used it as the royal summer resort for some time. Most of the construction occurred at the Southern side of the site little of which is remained. In the 14th century, Mongol princes stopped inhabiting this site and left it. 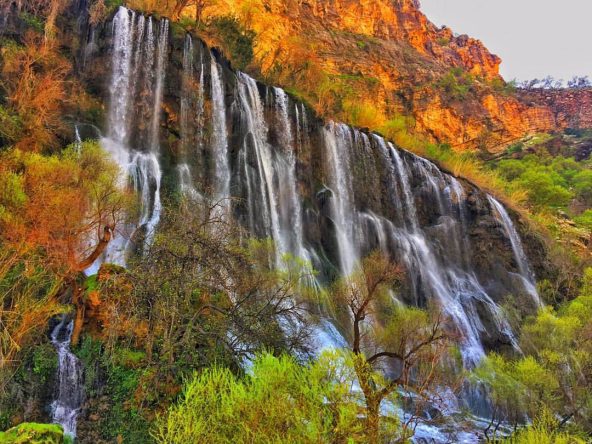 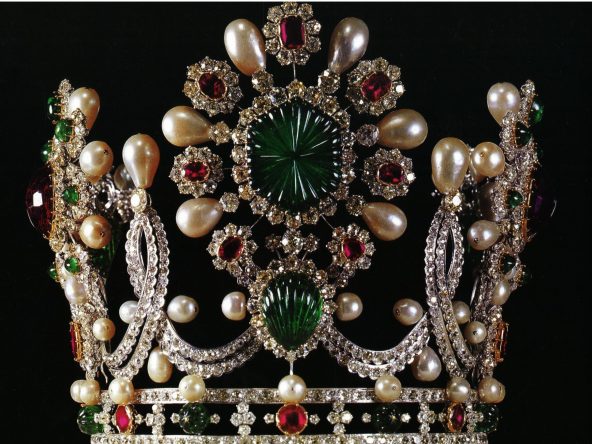